A girl’s relationships, intimacies, sports activities, art, and musical activities, as well as academic learning during the ten-to-twelve period, have a great likelihood of sticking or at least reappearing later in her life because of their interconnection with the massive brain growth.

There is also a greater likelihood that she will not be as good at things she didn’t practice during these two years. We wouldn’t want to say that everything a girl does from ten to twelve will stick, or that she can’t learn something at sixteen, twenty, or thirty that she didn’t do at eleven. Yet it is amazing to see how often it does work out that what we care about in early adolescence resurfaces in later adolescence, and throughout life.

Although it should begin at an early age, leadership training should be continued and expanded for girls. To reinforce our work for girls our leadership program equips students with critical thinking, enabling civic participation and democratic change. 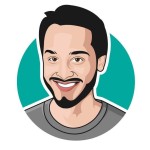